I have to admit - it was not easy getting used to letting the car slow down for me as I approached other cars on the LA freeways.  I think the mistake I made in the beginning was keeping the "relative distance" setting quite low (ranges from 1-10, 1 being closest).  However, the more I used the feature, the more I became a fan.  I think the tipping point for me was the stop and go traffic during rush hour where the Tesla TACC can slow you all the way to zero and then pick up and eventually get back up to 75 mph without real interaction from the driver. 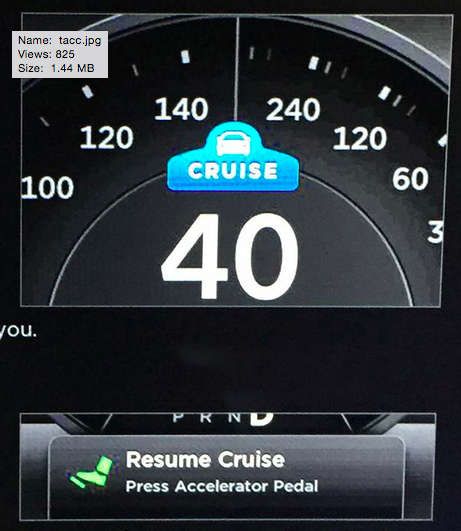 There is a caveat of course that the car may not slow in time.  A "collision" warning sounds, giving you time to hit the break and help the car slow even quicker--but truth be told, it took a lot of tries to get to the point of bravery to test this out.

But all of that effort paid off tremendously as I took my 2nd road trip (this time to HPA Tech Retreat in Palm Spring, CA).  I was able to be on conference calls the entire trip (in the HOV lane) without focusing very much on the slowing and speeding up of traffic in the various highway choke points, allowing the car to do the work for me and focusing on keeping in the lane (or changing lanes when appropriate), but also having the confidence that the car would keep an appropriate distance from the cars in front.  I found that using a setting between 3 and 5 on the relative distance (based on time to the car in front of you, so more distance at higher speeds) worked the best for me.  I found that at higher settings, too many cars in traffic would try to "squeeze" into the open space, creating a traffic risk of its own, and that lower than 3 made for too many exciting decelerations when traffic suddenly came to a grinding halt.

By the way, the new Tesla Supercharger in Cabezon, CA, was great.  Next to an outlet mall and a McDonalds and of course with 10 charging bays.  Very conveniently located right off the exit on the 10 East Bound before the LA Metro Highway area. 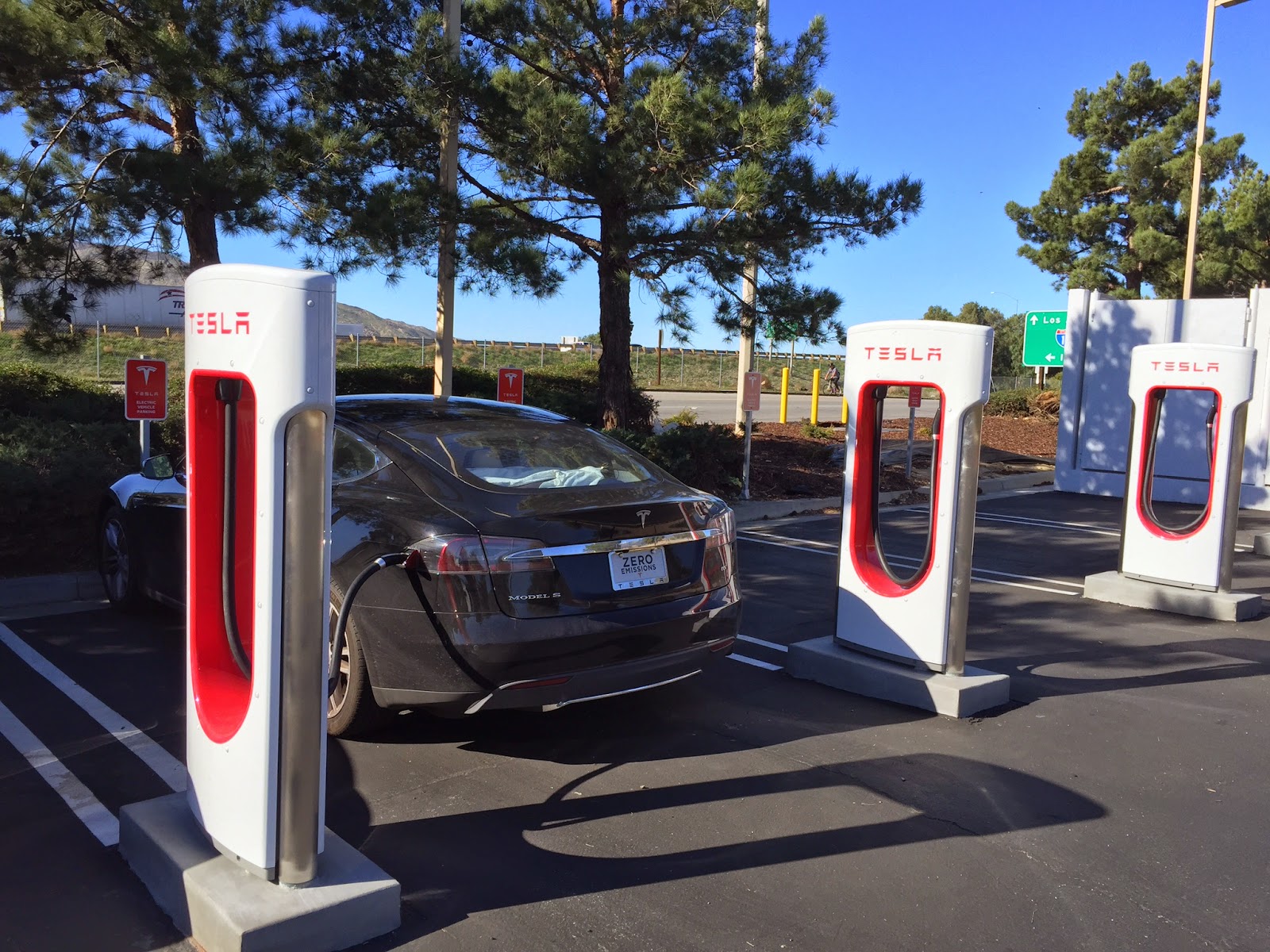 Posted by Unknown at 9:55 AM No comments:

I still can't get over the concept that a car gets regular updates to improve features. Like Preston Tucker from 67 years ago, Elon Musk is definitely changing the industry for the better by delivering monumental changes. 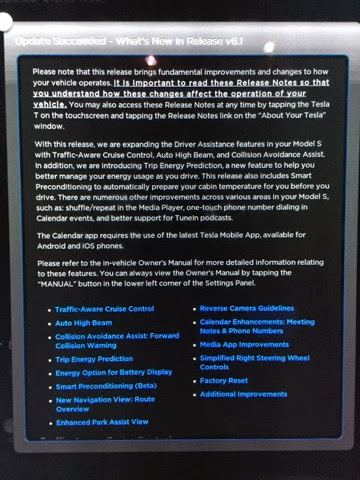 I got notified Friday evening that my Tesla P85 was ready for an update. It auto-scheduled it for 2.30am on my home wifi, but gave me the option to change. The update was estimated to be 100 mins long and the car would be inoperable during the update.
The next morning I read the release notes. Took the car out for a spin to test the active cruise control and lane passing. The changes to park assist are helpful, but not yet as Elon described last November (ie parking for you). Active driving in a lane is also not yet ready. However, there were lots of improvements to the apps, media system, auto high beams, automatic climate preparation, etc. The "charging planner" is an intersting feature that would have been nice on my last trip to Vegas (CES in January, 2015). While I wouldn't say I had range anxiety with 3 super chargers along the 250-mile journey and a station in Vegas, it is nice to know that future trips have a charging planner butyl in to the Nav.
Looking forward to full autopilot and real auto valet parking.
Posted by Unknown at 10:03 AM No comments: