zeebox announced their US launch today, starting with a partnerships that include NBCUniversal, Comcast Cable (Xfinity), HBO and Cinemax. For those who haven't had a chance to see the app while in the UK, it is certainly worth downloading. They are promising enhanced experiences for The Voice and Notre Dame Football on NBCU and for True Blood and Boardwalk Empire on HBO. They are additionally touting feature sets that include a 7-day program guide (for Discovery), live synchronization with their now famous zeetags (which enable contextual commerce and the look-up of Stimulating content related info), and of course Social integration with Facebook and Twitter. 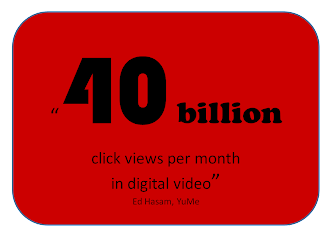 Last Thursday (20 Sept), I had the opportunity to spend the day at the Next | TV Summit @ the Fairmont Hotel in San Francisco.  While the day was interesting all around (a lot of TV Everywhere, digital video growth, etc), I found the second screen panel perhaps the most interesting and engaging of the day (no surprise here).
Guy Finley, the executive director of the 2nd Screen Society, moderated the panel which consisted of Stephen Brooks from Magic Ruby, Stacy Jolna from ConnecTV, Ed Haslam from YuMe, Alex Rowland from Alphabird, Julien Signes from Envivio, and Chris Wyatt from YouToo.

I had the pleasure of attending a great panel this afternoon on the monetization and consumer engagement of second screen with a strong cast of industry players at the Multiscreen Summit here in Hollywood.

A wrap-up of the 2nd Screen Summit in Amsterdam (#S3AMS)

If you weren’t fortunate enough to attend our 2nd Screen Summit at IBC on Saturday, you really missed a special gathering (see the Twitter feed).  The afternoon was punctuated by some great presentations (“The Future of TV” by Alan Wolk of Kit Digital, “Synchronisation and Media Interaction with Your Consumer” by Alex Terpstra of Civolution), a strong review of the current 2nd screen market data by Renaud Fuchs of Ericsson, and two great panels on monetization (featuring Joe Inzerillo of MLB) and consumer engagement (highlighted by Anthony Rose of zeebox).  We even hosted cocktails during the event and a sizable dinner after the event to take advantage of everyone’s creative juices.  For those of you that were registered attendants or are 2nd Screen Society members or advisors, you can find the presentations and audio downloads here.  For everyone else, here were the key take-aways for me from the summit and for second screen at IBC:
Read more »
Posted by Unknown at 7:00 AM No comments:

My review of NextGuide by Dijit - A Personalized Video Guide

The long anticipated wait is over.  When CEO and co-founder of Dijit Jeremy Toeman (@jtoeman) told me in May that he wanted to launch a new 2nd screen app focused on consumer search, recommendation and discovery, I had some pretty high expectations.  The concept of Discovery has been something I have written about in this blog a number of times, and by every account to date, it is something that is hard to deliver on because it is part approach/sophisticated algorithm integration and part UI/UX (user interface / user experience).  There are a few decent apps in this space already (BuddyTV, Matcha, Fanhattan), and they all have different strengths and weaknesses, but NextGuide has made a strong entrance into the marketplace in its 1.0 release on iOS for the iPad.
Read more »
Posted by Unknown at 5:59 AM No comments:

Second screen continues to explode as a segment of the digital living room.  While the 2012 Summer Olympics certainly stole the show by becoming the "first Social Olympics" in every aspect, there has been much progress across the board to keep everyone's enthusiasm in the space buoyant:
Read more »
Posted by Unknown at 9:07 AM No comments:

And then I re-read the most recent Gartner report called the “Hype Cycle for Broadcast and Entertainment - 2012.”

Digital Video by the Numbers for Summer, 2012

With the summer now officially over, the digital video space continues to march forward.  I am sure much of this will be discussed at the UltraViolet workshop in London tomorrow (Wednesday, September 5th, 2012) at the PARK PLAZA WESTMINSTER BRIDGE.  Below is some empirical evidence of the progress:

Email ThisBlogThis!Share to TwitterShare to FacebookShare to Pinterest
Labels: UltraViolet