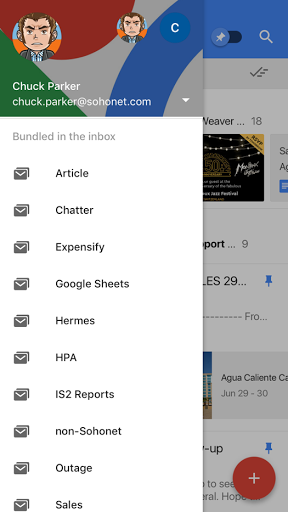 I've been trialing Inbox by Google since January. Previous to that I was a devout Apple / Mac / iPhone mail user. I was often conflicted between the features that worked well (VIP group, for example) and how poorly the features worked with Gmail (using the automated inbox rules often conflicted with Apple's approach).

InBox has iPhone and web-based clients. I was able to easily "import" my Gmail rules into my account. As the app has continued to improve over the past few months, they have added both the ability to adjust the rules on the fly as you drag messages to folders and the ability to auto-classify messages based on your behavior with them into a small set of standard categories.

Admittedly, it took awhile to wean myself off my old approach, trying for a period of many weeks to use InBox and my primary interface but then using my old MacMail and AppleMail to ensure I didn't miss anything.

Recreating key folders in InBox was easier than Gmail (the rule interface is just simpler). 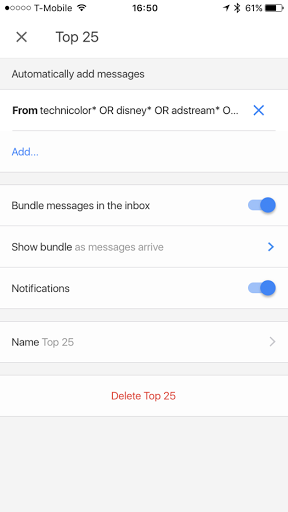 But having fully switched over, I would tell you it honestly saves me at least an hour a day on my work email and makes it easy to check my personal email every few days.  Further, the facilitated triage helps me get to the right emails first--which makes all the difference.

Posted by Unknown at 5:23 PM No comments: