Second screen continues to explode as a segment of the digital living room.  While the 2012 Summer Olympics certainly stole the show by becoming the "first Social Olympics" in every aspect, there has been much progress across the board to keep everyone's enthusiasm in the space buoyant: 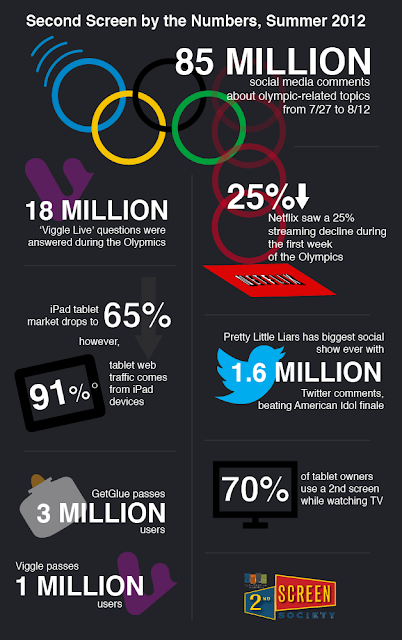 I would expect more and more progress to be evidenced by the numbers when the fall TV and sports season gets truly underway.

See you @ the 2nd Screen Society Summit on Saturday @ IBC.