Amazon Alexa vs. the Amazon Dash

I got the the Amazon Dash in several branded buttons when it first came out last year. It was an interesting experiment but as time marched on, I would say it is not really much more efficient than picking up the phone. I have had plenty of occasions where someone clicked the button accidentally and others when it was clicked only to find the product it was tuned for was not available. In both cases it means you need to open the app on your phone, eliminating the efficiency for which it stands. 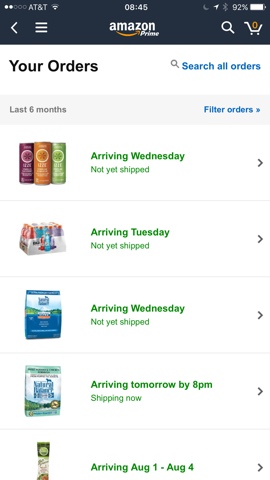 Alexa on the other hand gives you immediate feedback on your request. She will run thru two similar options if there is any confusion before booting you to the Alexa app for further resolution--which is still more efficient than just opening the Amazon app on the phone. In the image above, I ordered the first products via the Dash and the 2nd two from Alexa. Alexa confirmed the right dog food and then confirmed it was shipping Prime and its arrival date.
Alexa gets more useful every week. 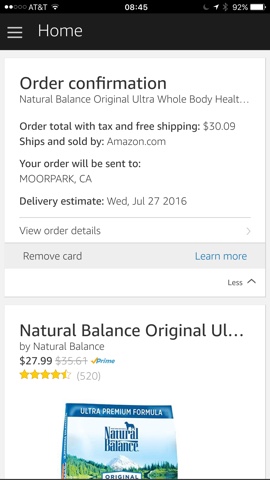 Posted by Unknown at 8:58 AM No comments:

Am I the only one who thinks the voice enabled assistant has continued to get worse over time? 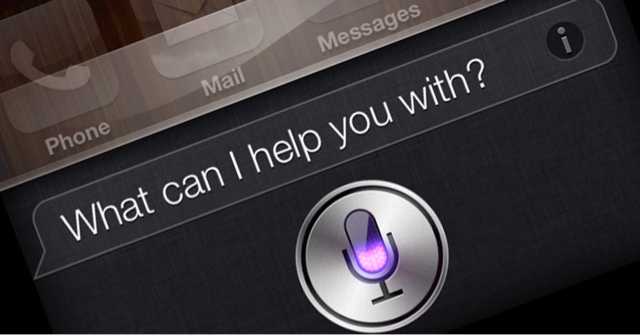 When I first started using Siri years ago, my biggest complaint was her inability to understand what I said (esp in a car) and therefore having to repeat myself. However, that got better over time. Much better.
But in the last 2-3 months, Siri keeps getting worse:
- when I ask to text someone a phrase (my most common use case @ roughly 25 times a day), it shows the words on screen as I dictated it but somehow skips the first 4-5 words as it converts it to the actual SMS - at which point I have to "change" and repeat it all and she gets it right
- it often cannot find key contacts I use everyday. Often it cannot find a contact I just used. Even when I attempt to sort thru "all the Dave's" for example, the one I am asking for is just not in the list
Compare these obvious mistakes which did not used to occur with the amazing performance of Amazon's Alexa, and it leaves me wondering if Apple has lost its way.  Certainly, between this degradation, the challenges with native search from the home screen, and the lack of features in the phone compared to Samsung, I am for the first time considering an Android phone.
Posted by Unknown at 2:33 AM No comments:

Email ThisBlogThis!Share to TwitterShare to FacebookShare to Pinterest
Labels: Siri

My Experience and Views of Tesla Autopilot

While I feel like anyone who has tried to read a balanced version of the media several weeks after the story broke can read the facts for themselves (example here), I felt compelled to give my friends and colleagues a perspective and some first person (and slightly subjective) data: 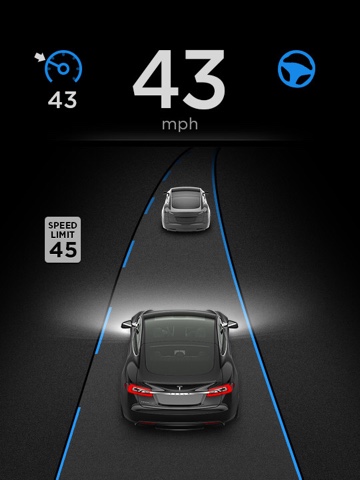 - first, I have been using autopilot on my Model S since the very first day it launched. My guess is that I have been clocking 2k miles per month on the SoCal highways (mostly the 101 and the 405) and I have also been to Vegas four times and Phoenix once.
- when it first launched, it was soooo beta. I blogged about some of the incidents previously and driving at speeds greater than 60 mph without your hands on the wheel or at least prepared to quickly take over is wreckless
- I do find it incredibly helpful in my everyday stop and go traffic on the 101 and 405 to/from work, but would openly state that the adaptive cruise control is the more valuable portion while the in lane steering still needs improvement
- I have had several potential accidents avoided where some jack ass suddenly jumped into my lane without looking/caring and the autopilot hit the brakes that split second ahead of me
- in LA, there are often cement barriers next to the HOV lane I drive in, so even a slight mistake by the autopilot could result in a trip to the body shop
- the fleet learning is real. Areas of the road that previously caused challenges have been fixed over time, but there are still plenty of places and times of day (sunset) where the car forces me to take control (appropriately so)
- my best use cases are:
A) stop and go < 40 mph. I relax and let the car do its thing for the most part
B) long highway driving (sans barrier) where the autopilot seriously reduces fatigue
C) helping me thru distractions (incoming urgent text, an engrossed phone call, changing my podcast or music)-- which always happened before autopilot but was a much bigger risk

And I would openly state that anyone who believes they can drive at full highway speeds and not pay attention (which would include ignoring the many warnings of the system) is incredibly cavalier and will likely end up as a negative statistic soon.  But for the rest of the adult driving population, this is an incredible driving enhancement that reduces long range driving fatigue, reduces stress in traffic, and reduces overall probability of accidents.

Posted by Unknown at 3:53 AM No comments:

So far the best experience I have had is the Amazon FireTV stick. I recently had the occasion to be in 105+ degree Phoenix and then London for a few nights with family. No matter how good the pre-home entertainment release content from the hotel is, it's always nice to catch up on an episode of a series you are watching together. 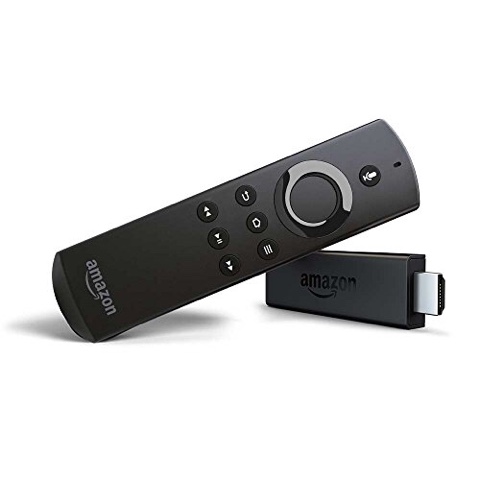 I carry the Fire stick in my bag with remote. It takes about 2 minutes to find the HDMI and USB (for power) ports and even the pain-in-the-ass Wi-Fi hotels throw at you. 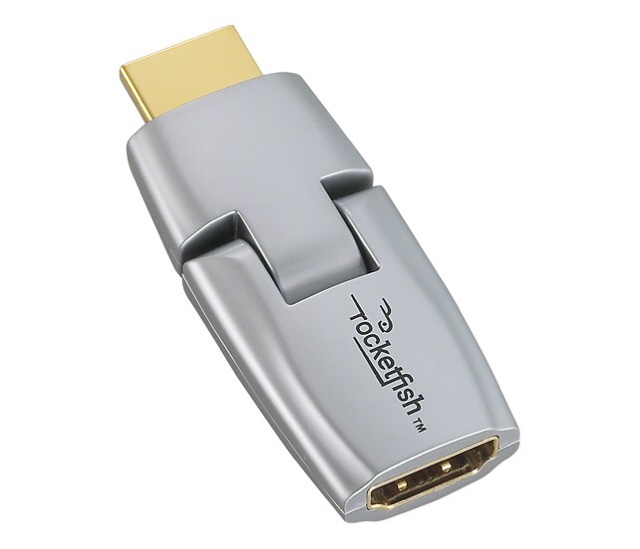 I did require an HDMI connector swivel from BestBuy (my gen 1 stick came with one but I misplaced it), but otherwise all has been seamless. Keep in mind that your content is unlikely to stream for most titles as part of any package (Netflix, Amazon Prime or otherwise) when out of the country, but you can "buy" them and then have access.

Posted by Unknown at 1:38 PM No comments:

What the heck is #PokemonGo?

Had an interesting experience this weekend that reminded me of 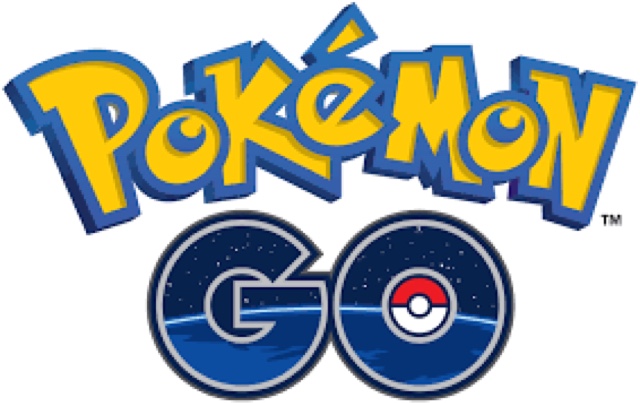 geocaching a few years back. My teenage son and daughter, their friends and even my neighbor were all enamored with #PokemonGo on their iPhones. An augmented reality game, it allows them to walk / drive around the neighborhood and catch the little creatures sobthey can later do battle at local "gyms" -- which happens for some reason to be at a local church and behind a local Target. 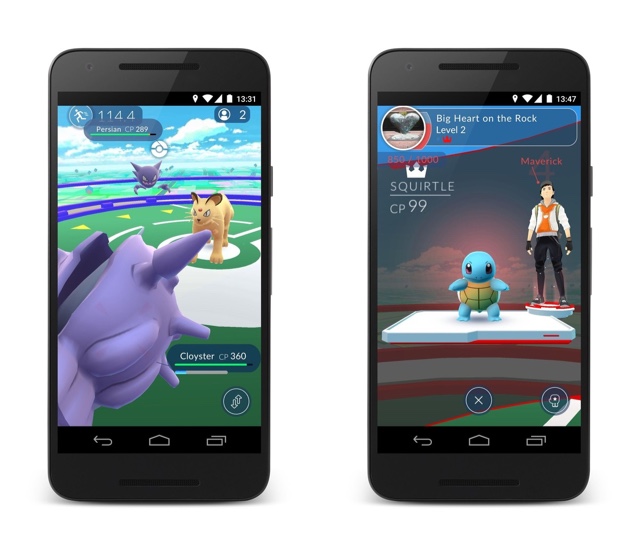 What is fascinating is how quickly is has become a craze. Last night the kids drove a few miles to a few "Pokemon stops" and then to a gym--at 11pm!
And today, for the 2nd time this weekend I was asked if I was up for a 5km hike.
It will be interesting to watch this unfold...
Posted by Unknown at 6:59 PM No comments: