I have had about 6 month to experience T-Mobile both here in LA, around major cities in the US and Canada and in London (see my blog for the the switch experience).  The entire time I have done this, I have had an AT&T phone with me (I know, silly), but when I left the country, I would put a local SIM card in that phone (Vodaphone in London for example).  Some conclusions so far: 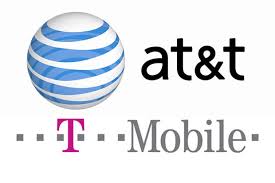 What would make me move "back" to AT&T?  They would need: