One things is certain about the second screen industry--it is rapidly developing.  As we have discussed at conferences, over cocktails, through dinners, and in this blog (recently including 2013 trends, the coming ecosystem war, and our comprehensive industry report), one of the biggest challenges to deploying a second screen app is to create consumer utility.  That means the consumer needs to find more reasons to pickup that second screen with your app than with other devices (eg Harmony One remote) or app options.  While there are a wide range of apps chasing Social and Stimulating feature sets for  companion second screen experiences, there are an equal number of players trying to solve Discovery and Simple control of the first screen.

The real challenge with this approach is getting the content to launch on the first screen.  If you are the Pay TV operator, controlling the first screen is "easy".  If you are the game console or CE device manufacturer, it's also "easy"--you own the protocols.  But if you are a third party app, trying to create consumer utility (and hence value) by allowing him/her to search across multiple video services and launch their chosen content to that service on the first screen--hard.  Today, most of them are becoming adept at launching the video content onto the second screen itself, deep linking into the Hulu, Netflix, YouTube, or Amazon Instant Video app directly, but only a few third parties have mastered multiple devices for the first screen (eg BuddyTV)--and most of them only work with Live TV.  Imagine the complexity in the living room: you have 5 different devices by now that have Netflix or Hulu installed, so even if you could talk to anyone of them, how do you launch the right device and get the main screen to switch to that device?


While the analysts are already calling DIAL an "AirPlay" killer feature, it is so much more than that.  AirPlay is about pausing a video on your iOS second screen viewing device and launching it via your Apple TV to your first screen.  DIAL is about enabling many video services (or at least Netflix and YouTube) to detect a first screen device that it creates a link to, and then launching an environment (a "sister" app) that allows it to control that device.  Don't think of this as content mirroring, but as an app master-slave relationship similar to the way movie companion apps work with Blu-ray players or Xbox SmartGlass works with the Xbox itself.  It will enable not only the deep linking of launched videos from 3rd party Discovery apps to the first screen, but will also enable new, bi-directional control experiences that give app makers a chance to have a robust ecosystem without owning the device itself.

“We realized in the fall of 2011 that we could create some potentially useful 2nd screen experiences,” Scott Mirer, director of product management at Netflix, according to Gigaom. 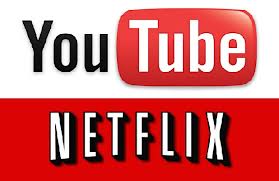 “At about the same time, we learned that the YouTube team was interested in much the same thing – they had already started to do some work on 2nd screen use cases. And so we approached them on collaborating… We also felt that having two major video services define and promote DIAL would help get it more widely adopted as a common solution to a common problem, vs. taking a proprietary approach. It’s been a productive partnership and we’re confident that we’ll get wider adoption because of it.”

But more importantly, “Once apps from the same provider are running on both screens, there are several feasible methods for implementing control protocols either through the cloud or on the local network. And not every service or application is focused on the same kinds of use cases. Rather than try to get universal agreement on these protocols and use cases, it seemed best to leave room for innovation.”

According to Scott Mirer, director of product management at Netflix, “expect to start seeing (other DIAL-enabled devices) in the next several months.” Appadvice

We thought Netflix would follow the Xbox SmartGlass development with something of their own quickly--and this looks promising (if shared beyond themselves).  Now, when will iTunes announce their second screen ecosystem?

@ChuckParkerTech
Posted by Unknown at 10:10 PM