Converting your physical disc library to a digital locker 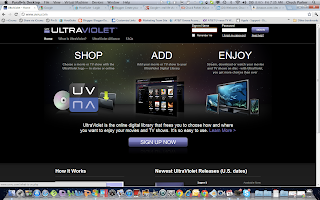 There has been a significant amount of press this week around the Wal*Mart announcement to provide consumers the ability to get UltraViolet digital copies of their existing Blu-rays and DVDs starting on April 16th.  The concept for the consumer is that your bring your collection (minus Disney movies) into the store and they do some magic and create digital copies in your digital locker to be accessed through your Vudu account online.  They perform this service for you for a mere $2 per DVD (presumably then generating a non-HD digital copy) and $5 per Blu-ray disc (presumably for the HD digital copy).

Does this sound like a deal to anyone or does it sound like the consumers are getting the short end of the stick?

A few things to think about first: 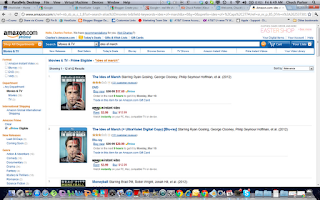 So what does all of this mean?
It means that for the non-technical or time-valued (and legally conscientious) segments of the population, there will be a service where you can bring your physical library to "jumpstart" or convert to a digital library, held in a digital locker which will work with multiple providers but that does not work with Apple (bad based on iPad penetration) and carries an annual fee (not mentioned on the UV site but only your first year is free of charge).

Going forward, it means you can buy physical copies (if you like) and still get a digital copy in that same UltraViolet digital locker service.  You will also be able to buy just digital (soon) and have access to that version in your UltraViolet digital locker.  Or you can stay in the Apple ecosystem and have all your movies and TV series (including the ones you purchased digitally over the last few years) with no hassle, no sign-ups, and no incremental fees.

It seems that while the "iCloud" enabled TV shows and now movies has gotten very little attention, they seem to already have outdone the industry supported effort in terms of ease of use and cost to the consumer--except that you have to be committed to be only in the Apple ecosystem.

What if you are a big Apple ecosystem owner and want to convert your physical library?  Unfortunately, today at least, there are no legal options here (just the route reserved for those who are technically adept and have time on their hands).

So this service is a step in the right direction for a large segment of the population, but here is what they need to do to help this achieve wide-spread adoption:
Posted by Unknown at 8:59 AM