It was a great, well-played game for the fans, and the second screen action was everywhere during the game.  Apps to call the next play (PrePlay), apps to talk "smack" (Smack-stat), apps to check into the commercials and rate them (IntoNow), apps to give you live streaming of other football angles (NBC) and the reaction of the Polar Bears from Coca-cola, apps for good ol' fashioned stats on steroids with graphics to boot (NFL '11, ESPN ScoreCenter, theScore, etc), and 3rd party Second Screen apps doing the best they can with the Super Bowl material in front of them (ConnecTV, Umami, Viggle, Yap.TV). 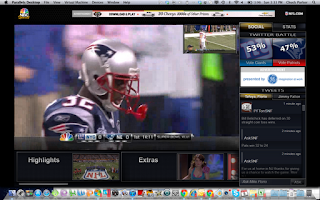 First, I spent some time with the much advertised NBC.com live streaming site (laptops only).  It had great promise, allowing you to choose 5 different camera angles that were not being shown on TV.  Good UI, et.  Problem is that it was about 90 seconds behind real-time, so useless to use as a second screen while watching the game on the first screen.
Then I spent some time on the Coca-cola polar bears site.  While seemingly the most innocuous and least interesting approach, it was the biggest hit amongst the children as was always worth a quick look from the adults when something major happened on the 1st screen--especially the tie in with their own commercials. 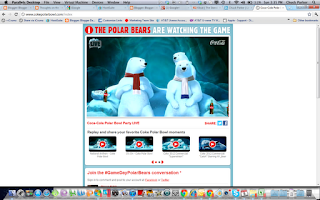 Then I spent some time with TVplus.  They continue to do a good job on the timing of new events (about every 45 seconds) and the selection of information to share.  While not really stimulating for football, a great UX for TV shows and movies. 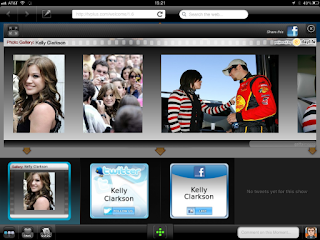 Then I popped over to IntoNow.  They made a big deal about giving you the option of voting on the Super Bowl commericals.  Actually it was fun, and the room got into rating the commericals.  It only recognized about half of the commercials by sound (ACR).  To be fair, I think their audio sync works better than anybody's, but it is the Super Bowl and the background noise will be what it is. 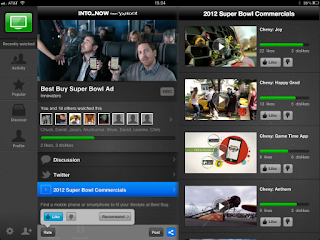 ESPN ScoreCenterXL has a pretty decent stat summary, allowing you to even do team comparisons, etc.  This is a shot from half-time, showing the teams were in theory neck-and-neck. 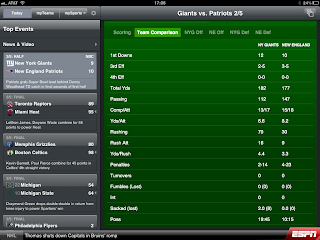 Back to IntoNow for a surprisingly good set of sport stats as well.  Decent UI with play-by-play action, players stats, and a Twitter feed (not so interesting). 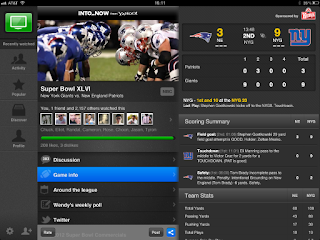 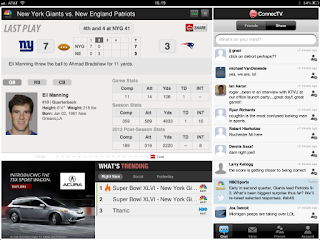 Umami also surprised me.  They had a number of additional UX's on tonight's game that are not normally there, including a playback center of the night's Super Bowl commercials--very handy.  There graphics were also on par with NFL'11--impressive. 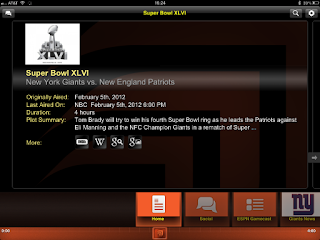 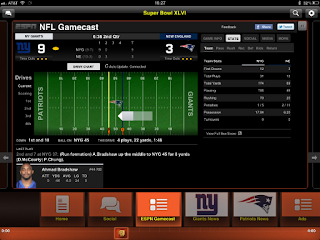 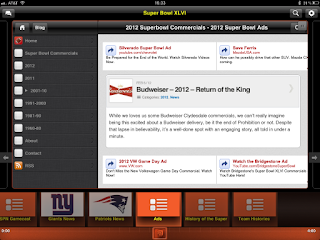 I expected more form BuddyTV, but to be fair, I was not in my own home, so it could not tune to the channel and build the 2nd screen experience.  There should be a manual option for this... 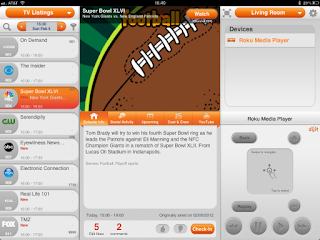 Miso still needs to graduate beyond the check-in app capability.  Not much else to discuss. 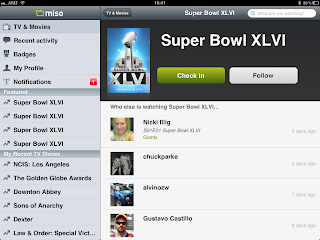 Yap.TV was interesting.  Took part in a few polls, did some chatting/tweeting.  I could see that if I were stuck in a hotel room, this would be interactive, vs being in a room with 15 people and not feeling the need to be social on line. 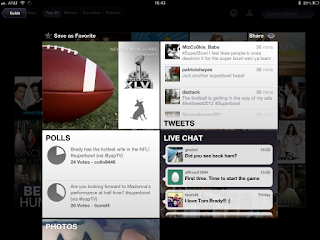 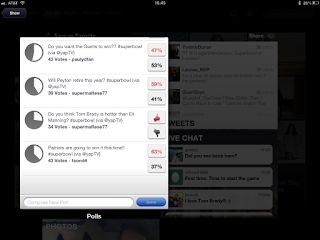 Viggle.  The ACR worked right out of the gate--first try,  Yay.  Again interesting approach where it asked a question every 45 seconds and by answering, you earned points. 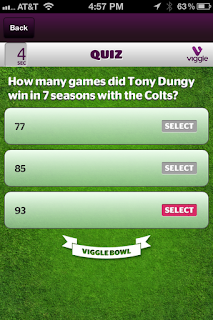 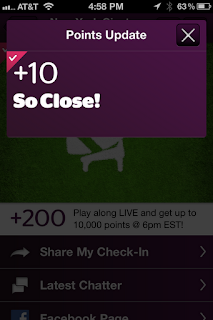 I don't know what the press will say tomorrow or what BlueFin and others will say about the traffic, the tweets, etc.  But the opportunity to get engaged was everywhere--it is not a question of creating experiences that are worth the consumers' attention while they keep the majority of their brain cycles on the 1st screen.
I